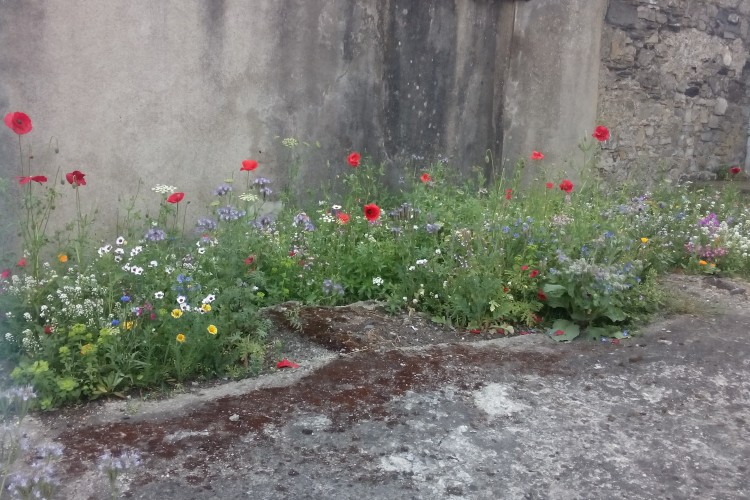 I’ve noticed a trend when it comes to movements. First a kernel of an idea germinates in the brain of a progressive thinker, it spreads within their sphere of influence, then crosses over to separate but like-minded groups, it starts to garner interest on social media, it gains traction and the explodes filling newspapers, airwaves and television screens. Then the backlash comes, and the media (and us) love it. A perfect example is the furore over plastic straws. Apparently some people are of the view that we shouldn’t bother avoiding plastic straws while fishing nets continue to be dumped in the ocean. I’ve long been perplexed by the human tendency to descend to ‘either or’ arguments. Of course, if you’re faced with the choice of picking a plastic straw or a fishing net out of the ocean the choice is clear but being a landlocked luddite this isn’t a choice I face regularly. I don’t understand why these two things are being pitched against one another, why can’t I avoid unnecessary plastic AND support the removal of fishing nets from the oceans?

Nothing mentioned in this article has been sponsored. It’s all just my own personal opinion. If you like your bloggers to remain independent then please;

The same either or argument is presented when it comes to individual action versus policy change. A recent article in the Guardian titled ‘Neo Liberalism has conned us into fighting climate change as individuals‘ echos this sentiment. I happen to believe that neo-liberalism is at the route of a lot of our current social and environmental problems, and I would argue that the harvest of woes we’re currently reaping are proof of the damaging impact of neo-liberal policy decisions in Ireland, the UK and the US.  I also believe that simply living a greener life is not enough to stop climate change, but is anyone actually saying that? Sure there are posts on social media about where to buy stuff package-free or how to clean with biodegradable products, but there are also posts on petitions to change policy and where government action is at odds with environmental protection policies. So why are some journalists pitching it as an ‘either, or’?

I have found the whole experience of moving towards zero waste to be completely transformative and that is coming from someone who used to write policy documents for a supposedly environmentally minded political party. The very act of endeavouring to live more sustainably brought into sharp relief just how hard it is to so in Ireland, and researching articles has helped me filter the greenwashing and get to the truth. Two and a half years down the road the information I’ve gleamed has given me the confidence to really challenge institutions and political organisations on their environmental policies. A perfect example is the back-tracking on a disposable coffee cup levy after the industry appeared to be voluntarily moving towards compostable cups. On the face of it moving from single-use oil-based cups to single-use compostable cups seems like a good move, but as always the devil is in the detail.

Compostable cups need to go into the right waste stream in order to get composted, otherwise they risk emitting methane as they decompose in landfill and methane is up to 86 times more damaging in terms of climate change than carbon dioxide. How many bins for compostable items do you see on our city streets or in our offices? Also single-use items, even if compostable, still require resources and energy to make, pack, transport, collect and dispose of. Think of all the emissions created by each of these steps. For these reasons the most sustainable option for coffee cups is to incentivise reusable cups and to penalise disposable, and a recent experiment in the University of Wichester proved just that. They found that extra charges for using a disposable cup was much more successful than giving discounts for reusable cups. People are funny, eh? But coffee chains don’t want to risk losing customers by penalise them for making the less sustainable option. When this happens there is only one option, the government needs to level the playing field for all companies by making the penalty mandatory, but that doesn’t fit in with a neo-liberal mindset, and so we are where we are.

I do agree that buying reusable items is not enough to counteract climate change but no one is saying that. In my experience the purchase of resuable items or the avoidance of single-use plastics isn’t where things end, it’s often the start of a journey towards enlightenment and empowerment. If we start dismissing that first step on the journey by saying it’s ineffective we’re playing right into the hands of those neo-liberal forces – and maybe that’s the objective.

Sometimes words can have the opposite effect of what they appear to say, and some individuals intentionally use this to great effect. It’s like when anti-smoking advertisements were shown to have the opposite effect of the messages they portrayed. In a study in 2012, anti-smoking ads created by tobacco companies actually increase the rate of smoking. I don’t know this journalist in the Guardian well enough to say that that’s his intention is anything but entirely honourable, but a healthy dose of scepticism is very useful when money and power are being challenged.

But let’s take the journalist, and others with the same message, at face value and assume he does indeed want to see real and effective measure to slow down climate change. To him, and his comrades, I would tell the Irish joke about the local farmer giving directions to a lost tourist that starts with the phrase ‘Well, I wouldn’t start from here …’ For me this article in the Guardian is effectively saying the same thing, which is about as useless as a chocolate teapot when it comes to combating climate change. We are where we are. The Western culture is  individualistic and as a result our citizens typically prefer to address issue independently of others, at least initially. Let’s harness that, let’s help people make that first step, on their own, then lets help them keep that momentum going so that they achieve an understanding of the complex solutions required to address climate change. Telling them to forget about plastic straws isn’t going to do that. Telling them not to take the first step isn’t helpful, telling them not to stop taking steps is.

I am a reformed interior architect that now campaign for and write about sustainable living in Ireland. View more posts

4 thoughts on “Sustainable Living is not an ‘Either Or’ Game”

This site uses Akismet to reduce spam. Learn how your comment data is processed.